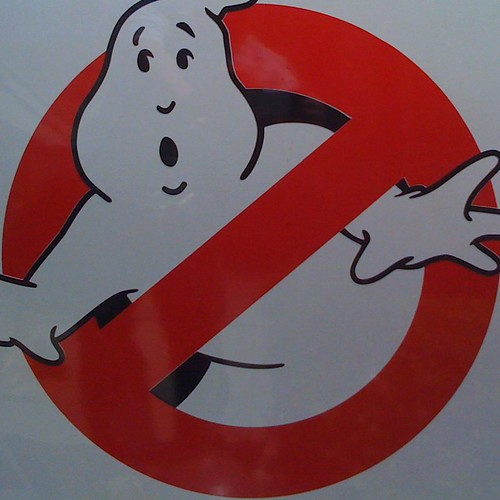 “Ghostbusters Squircle” (CC BY 2.0) by Xurble

There are many classic films from the 80s that we can look back on and still enjoy, but there are few that have remained in mainstream culture up to now. Ghostbusters is one of those special franchises, and thirty years later it is showing no signs of dying out. Recently there was an enjoyable Hollywood remake, and there are also many games that people can play. In addition to that, there is Ghostbusters Live in Concert set for release later this year. So why is the series still so popular?

The original Ghostbusters film was released over thirty years ago, in 1984. At the time, the Ivan Reitman film received extremely positive reviews, and also did well at the box office with a gross of over $295 million worldwide. Much later in 2015, it was selected for preservation in the National Film Registry for its cultural and historical significance. The film which starred Bill Murray and Sigourney Weaver was considered to be one of the best releases of that year, and its themes were instantly prevalent in pop culture. Merchandise was everywhere, and kids all over loved dressing up as the ghostbusting parapsychologists. Thanks to the overwhelming success of the original, Ghostbusters II was made and hit screens in 1989. The sequel also did well and raked in $215.4 million worldwide, making it the eighth-highest grossing film of the year.

The two movies written by Dan Aykroyd and Harold Ramis inspired other series and games at the time, and this theme has continued up until the present day. In fact, in 2016 there was a reboot of the original directed by Paul Feig, in which the director known for Bridesmaids decided to go with an all-female line-up. With a total gross of $229 million worldwide, the modern version was the highest-grossing live action comedy domestically of 2016. Despite that, it is considered a box office failure against its enormous production budget of $144 million.

Ghostbusters games are still going strong to this day. There have been over twenty games since the first movie was released, with the most recent offering coming in 2016. This was Ghostbusters: Slime City, an Activision game for mobile phones. In the booming iGaming industry, a Ghostbusters slot was created in 2012. The game, which features characters and music from the original picture, can be played at sites like https://www.jackpot247.com/, where players have a chance to win regular jackpots. Slot developers often choose to make games based on hit films, and have found that familiarity and nostalgia can be great ways to pull in players.

The reason why Ghostbusters has been a mainstay in pop culture all this time is down to the fact that it is accessible for all ages. Older generations still love it for nostalgic reasons, while younger viewers can easily get on board thanks to modern games and reboots. Above all, there aren’t any other films quite like it. The Ghostbusters franchise truly is one of a kind.

Useful Tips for Writing a Thesis in College

The Windy City: Ultimate Guide to Film Shoots in Chicago