So the Popcorn Horror Christmas celebrations are under way, and while we would always advocate for horror movies every day…including Christmas, sometime the kids don’t want to sit down to The Exorcist  over their turkey. This is where everyone tends to reach for Tim Burtons’s The Nightmare Before Christmas, the staple family friendly spooky festive film. But is it actually a Christmas film? It’s the debate that’s been going on for the last twenty years, and we’re going to weigh in.

First, let’s look at the facts. The film was originally released on the 29th October 1993, and it received a DVD re-release in October 2000, suggesting a lean towards Halloween marketing. However, the first home media release in 1997 was in December, so even those promoting the film seem a bit confused.

Tim Burton has said in numerous interviews that the film was inspired by a poem he wrote when watching a store replace their Halloween displays with Christmas ones. Christmas is right there in the title, while Halloween is absent, so the argument is there that it is the coming of Christmas, or anticipation of the festive season which inspired the film – making it a Christmas film. But wait! A calender is only a constructed representation of time, ten months prior to Halloween was Christmas, and two months prior to that – Halloween, and so on. The film is not really assigned to any time frame in history, both holidays are treated as a age-old traditions. For all we know, the residents of Christmas Town gloss over Halloween in the same way Jack and co. glossed over Christmas until the events of the movie.

Let’s briefly touch on the animation. The CGI revolution was beginning in 1993, hand drawn animation was pulling in major cash for Disney. Why then, did the team behind Nightmare Before Christmas opt for the more time consuming, expensive stop motion technique? The TV Christmas specials of the 70s and 80s were often produced in this style – suggesting a leaning toward a Christmas atmosphere.

The actual content of the film is perhaps the most conflicting element of the argument. At the heart of the film is a love story, a warm fuzzy feeling we’d generally assign to a Christmas film. Jack does display Christmas spirit found in the classic festive movies, he just interprets it slightly oddly. In many ways, its the classic story of introducing someone to the magic of Christmas – just with a little more kidnapping. The messages for younger viewers are fairly Christmassy – acceptance, friendship, sharing love and joy. It is also a redemption story, a staple of Christmas viewing.

So the characters values and journeys are pretty festive, but their appearance is far more suited to Halloween. Placing a skeleton centre stage, an abundance of creepy clowns, pumpkins, and monsters suggests a Halloween tone – albeit in a kid friendly manner. If you’ve ever been to Disneyland at Halloween, it’s that kind of atmosphere. The love interest is heavily inspired by Frankenstein, considered one of the greatest horror films of all time – but not really evoking a warm fuzzy feeling.

So what about the music? Well, the fact that the two most popular and well known songs from the film are totally contradictory doesn’t help. The opening This is Halloween is a full blown Halloween welcome, taking viewers on a tour of the spooky world of Halloween Town. It introduces us to the cast of spooky, weird characters and sets an eerie tone. However, What’s This? is probably just as well known, and is a song about the wonder and magic of Christmas. It’s about excitement and magic, and is definitely a festive song. 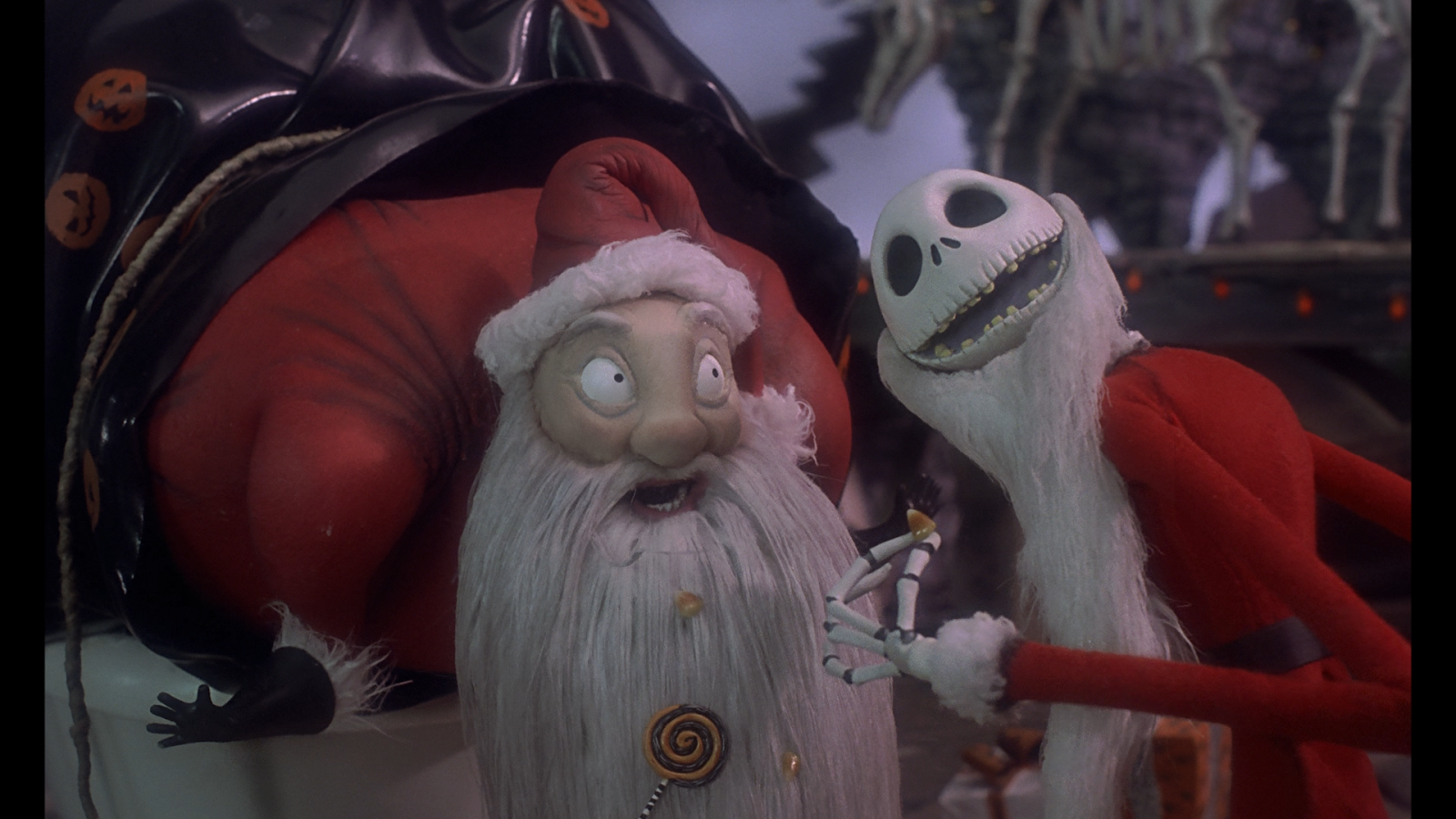 So, we’ve come to a concluding decision. Sadly, I’m not sure I can offer one. Most people would happily watch the film at either Christmas or Halloween. It’s got a strong Christmas message, as well as kid friendly scares for Halloween. The release dates are inconclusive, and the characters embody both holidays. I can’t think of another film which crosses both genres so fluidly, but since Christmas is coming up first – we suggest a nice mug of hot chocolate on a winter night and watching this classic again. Perhaps with some pumpkin pie on the side…

What Are The Chances Of Surviving A Jigsaw Game?

The Man With the White Face: Part One

2 thoughts on “Debate: Is Nightmare Before Christmas a Halloween or Christmas Movie?”